Inset doors are doors whose face sits flush with the front frame, or face frame, of the cabinet. Inset doors are often accompanied by a molding called cabinet bead, which adds an additional level of detail to the overall look. More traditional styles typically use inset doors, while modern aesthetics lend themselves to other configurations. When selecting an inset configuration, it is important to discuss certain details which are less concerning with overlay doors. One aspect of inset doors to discuss is the face-frame width, or the width of the cabinet frame that will surround the door. Typically, a face frame will be anywhere from 1-1/2” to 2” with wider dimensions yielding a stouter appearance, but also shrinking the available opening for doors and drawers. It is also important to look at the door style you have chosen in relation to the frame dimensions, as the proportions between the two can cause a cabinet door to look too slight or too bulky when it is paired with the frame. 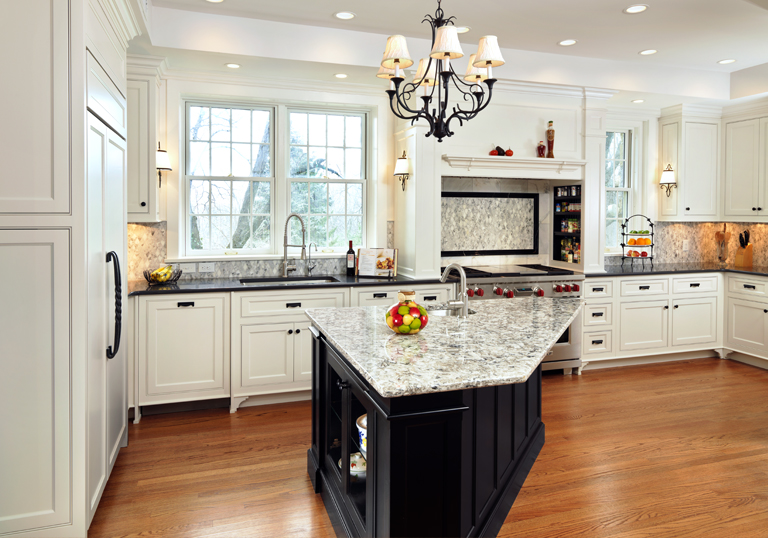 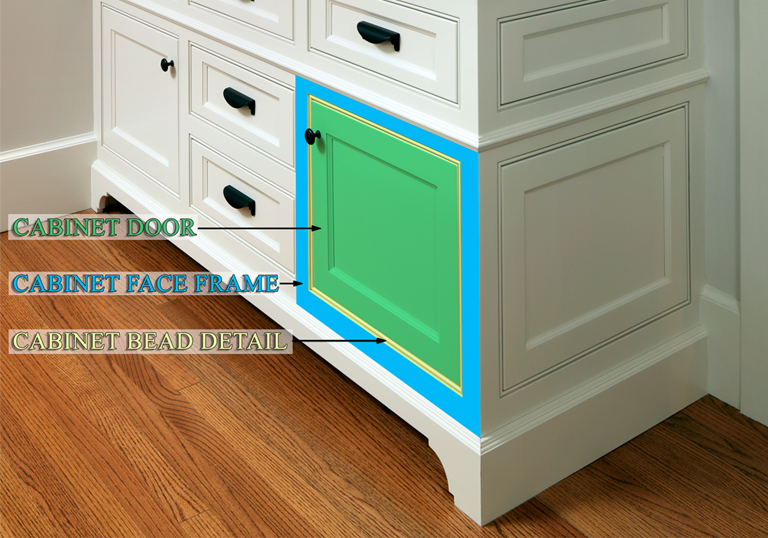 Partial overlay doors are likely the most prevalent style due to them being the cheapest of the three options. A partial overlay door is a door that sits on top of the cabinet frame and only covers part of that frame, meaning the frame width compared to door proportions are far less crucial than with the inset configuration. This style leaves a fair amount of space between doors and drawers to see the frame behind which means the doors and drawers don’t need to be absolutely perfect in their reveals the way the inset or full overlay style demands. Most people would consider the partial overlay aesthetic to be less of a “custom” or clean look compared to the other two and, as such, it isn’t usually found on the higher end of the market. 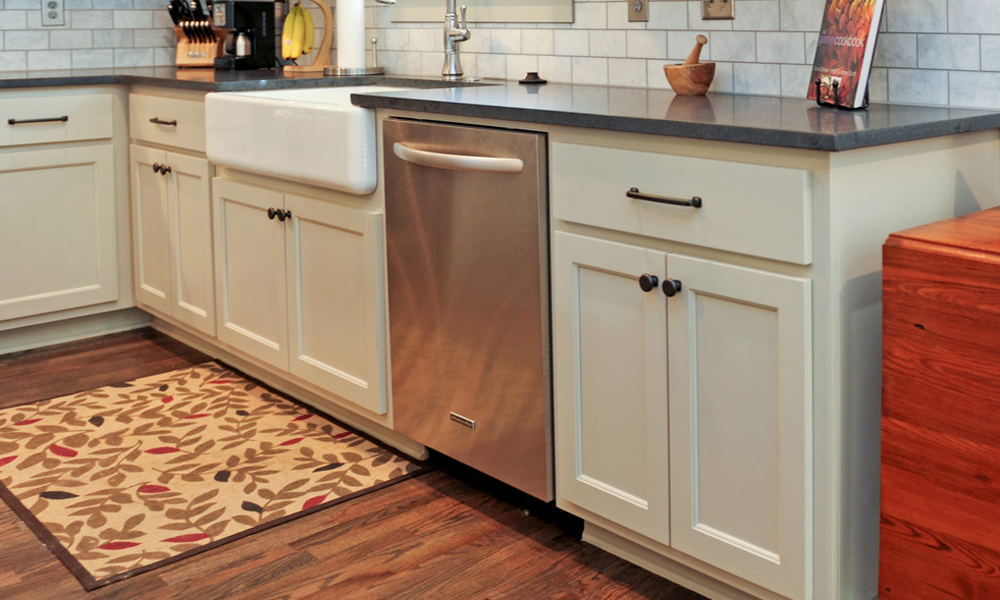 Figure 2 - Partial overlay door style, notice the space between drawers and doors and the amount of frame seen around the edges. Not a Rhoads or Albrecht project - This project was built by Thomas Built LL Custom Cabinets in Atlanta, GA.

A full overlay configuration is similar to a partial overlay except the amount of frame that is visible is negligible, and typically mean that the cabinet is “frameless,” or simply sits against the cabinet box and does not have a face-frame because it will not be seen. In a full overlay style, the cabinet doors extend further until they meet another cabinet door or drawer, leaving a small shadow line between them. This style is incredibly prominent in modern, contemporary, and even transitional cabinet designs as it is a very clean and simple look, often utilizing the shadow lines between doors and drawers as part of the design aesthetic, emphasizing the vertical and horizontal lines. Because the emphasis is frequently on the simplicity and the shadow lines between doors and drawers, it is crucial that these remain even and level, which in many applications can be quite tricky, but when done right, yield a sleek and beautiful result. 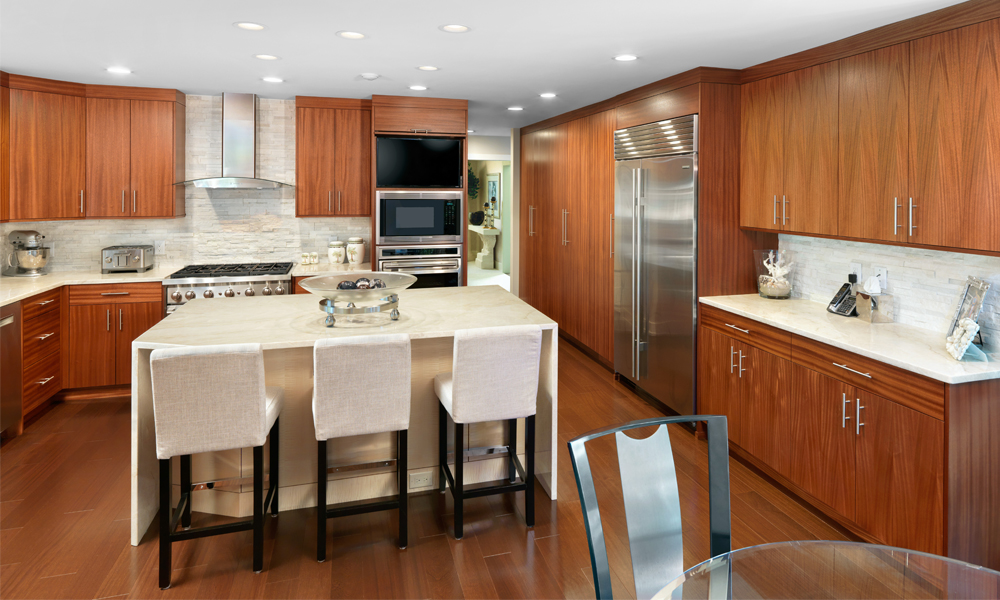