Ceilings are all too often a space that is neglected when it comes to the overall look and feel of a room. White ceilings are the standard go-to across the industry, but we often find that, when asked for inspiration images, a vast majority of our clients will show us something with some sort of ceiling treatment beyond the plain white. Granted not every room is able to handle something different on the ceiling, and if you went a little crazy and did something across every ceiling you may make guest’s heads spin, but those rooms that are important or beg for just a little bit more can be enhanced through some sort of design feature on the ceiling. There are plenty of options, not all of which need to be expensive or cumbersome. 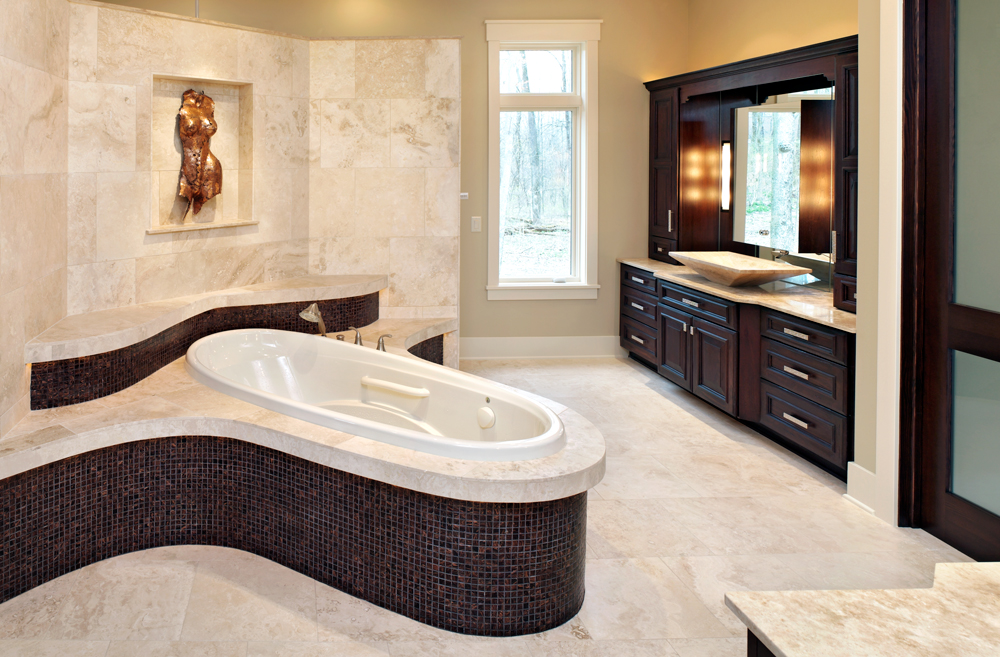 A beam ceiling is often one of the first things people think of when a ceiling treatment is suggested. They are frequently associated with a more traditional look, but depending on their complexity and details, they can also lean more contemporary. The overall pattern or shape of the beams can also influence the style and wow-factor. A standard grid pattern (also known as a coffered ceiling) is the most traditional of applications, but there are far more options to choose from, including linear (straight beams running in a single direction), abstracted (beams running at different spacings or angles askew of the walls), and non-traditional patterns (circular, non rectilinear, etc.). 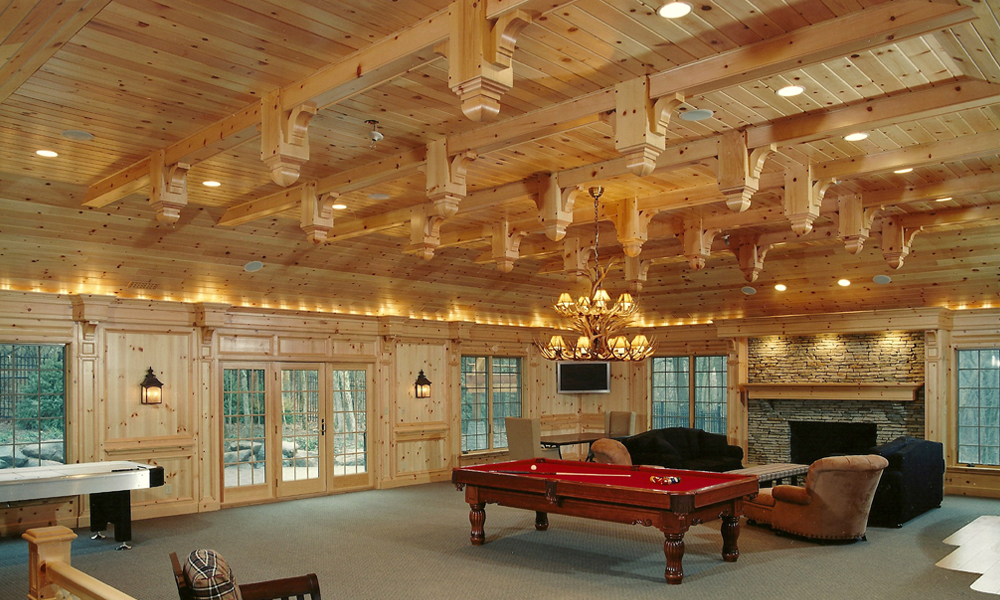 Two factors that influence the overall appearance of a beam ceiling beyond the pattern are the finish and the depth. The deeper the beams, the deeper the shadows that they are going to cast and the more dramatic they have the potential to be. How deep the beams are may be influenced by your overall ceiling height, as well as the size of the room with shorter ceilings and smaller rooms dictating a shorter beam height. The finish of the beams can either create contrast through a completely different color from the rest of the ceiling, or a more subtle, secondary detail through a similar or matching color which would soften the overall impact.

A wood clad ceiling is exactly that. It often comes in the form of a tongue and groove cladding which can take the form of a variety of profiles. One of the most commonly recognized forms of a wood-clad ceiling are the porch ceilings of older homes. Those porches are frequently clad in what is referred to as “porch bead” after their frequency of use in that particular application. They can be stained or painted and can provide an added layer of character to a porch or any space that it is applied to. While the “porch bead” has a particular profile associated with it, there are a wide range of options that can achieve different looks and styles. 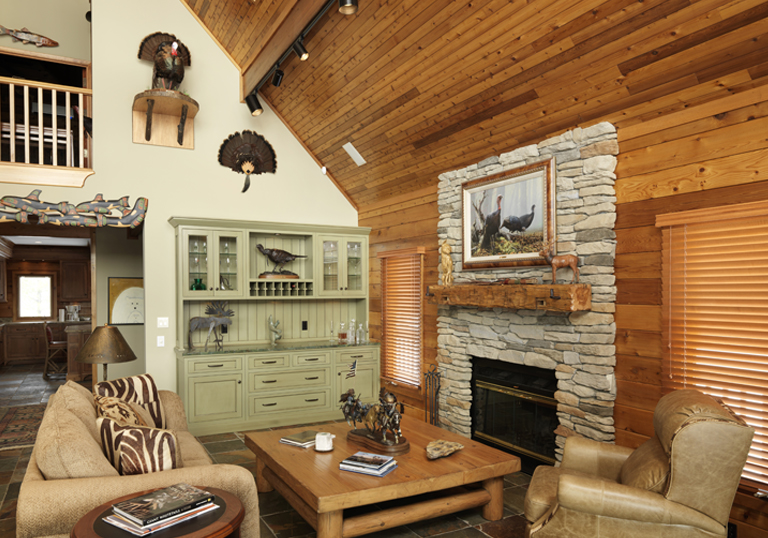 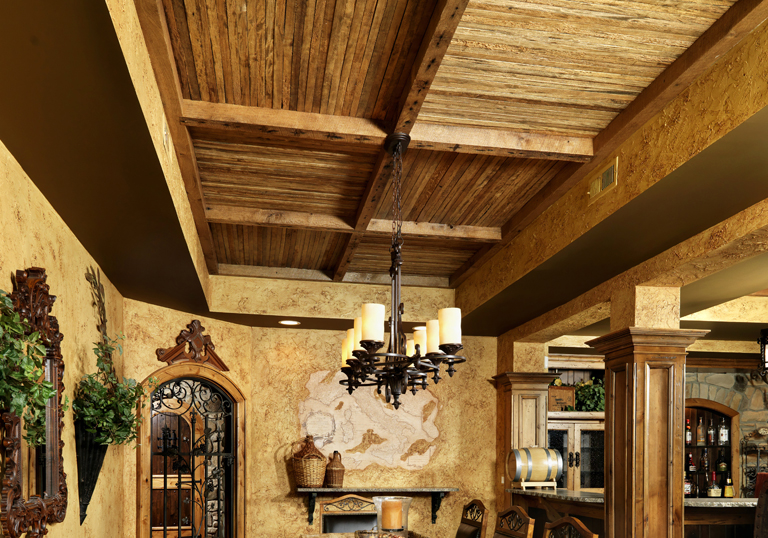 Many people associate a faux finish with an out of style fad that was popular in by gone years. However, as with many industries, faux finishes have kept up with the times and offer an increasing array of options that can produce incredibly dynamic and dramatic affects. Through finishes that shimmer, offer varying levels of texture, and can accompany any manner of styles, faux finishes are not something to be overlooked. 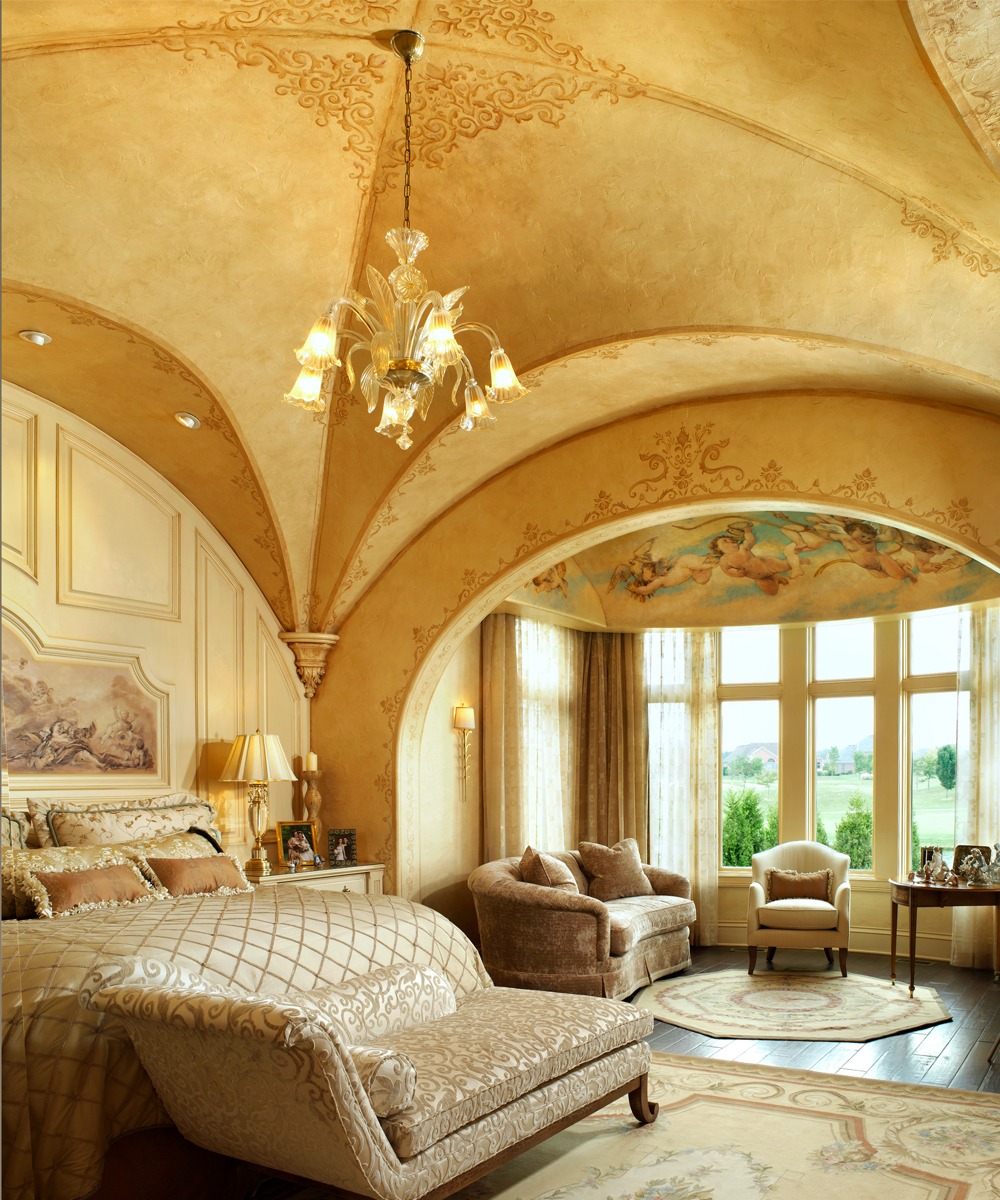 A recessed ceiling is simply a ceiling with a stepped up portion, or recess. A recessed ceiling can be accompanied by beams or a faux finish, or can be a detail in and of itself. Many recessed ceilings a reaccompanied by crown molding or some form of indirect lighting to illuminate the recess as and added detail. The ability to do a recessed ceiling is highly dependent on the framing above the space, as well as the existing ceiling height so it is important to plan ahead for this type of detail when building a new home, or speak to a professional about whether it is a possibility when considering it for a remodel. 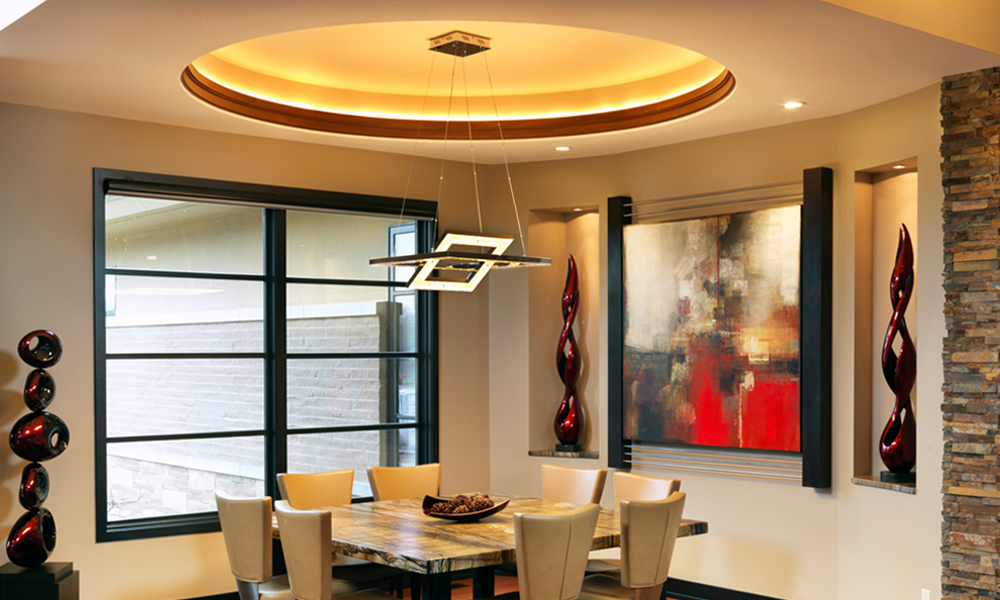 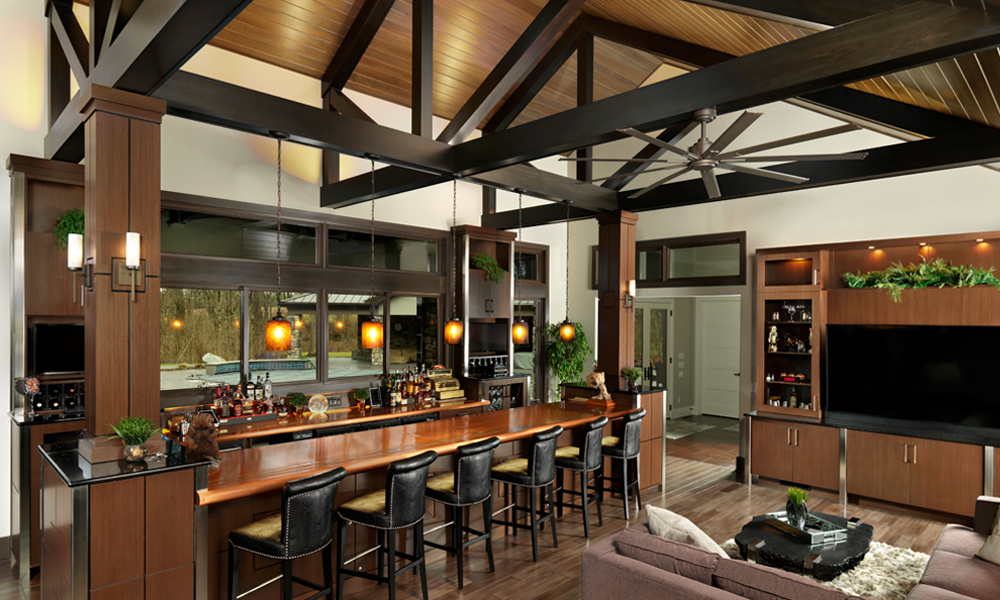 Yes, even a painted ceiling can offer more than we often give it credit for. All too often the color of the ceiling is brushed to the side (on a side note, never actually brush your ceilings - spray or roll them) and simply assumed when it could be a dramatic element to a space. Why does a ceiling have to be white? A splash of color on a ceiling can be a quirky and fun way to introduce something different to a space without spending much, if any, more than you would have to paint it white. 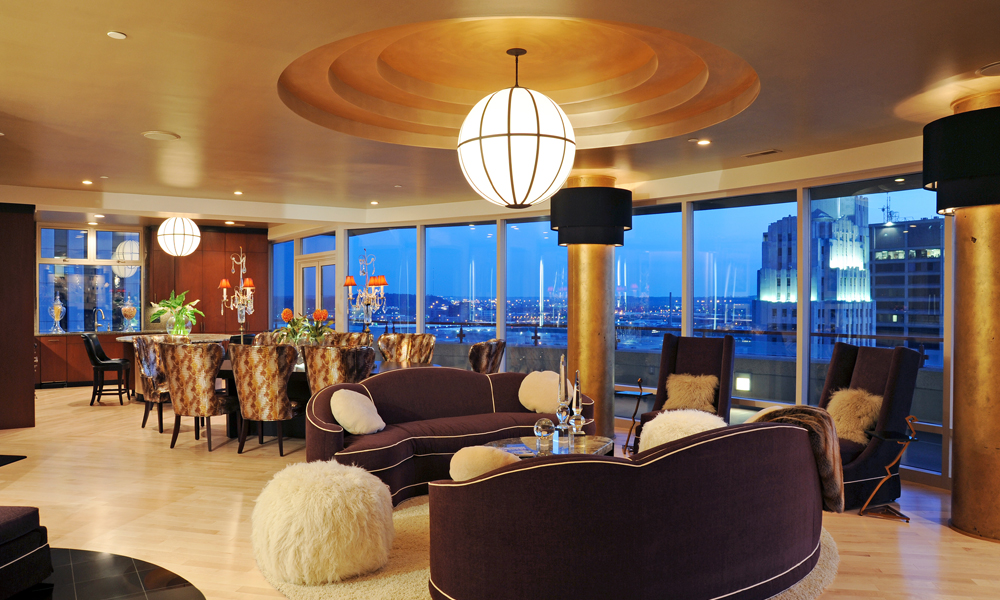 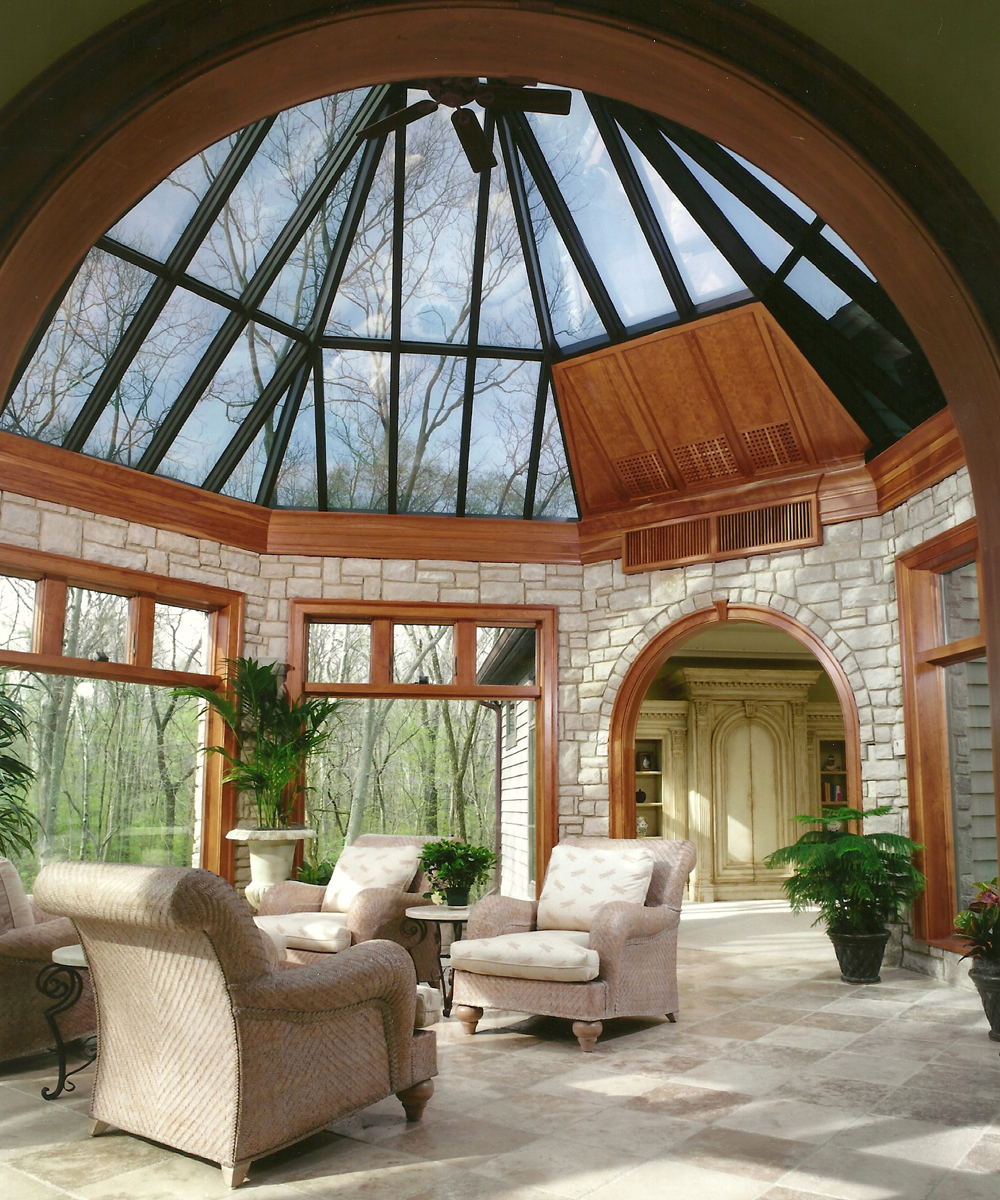 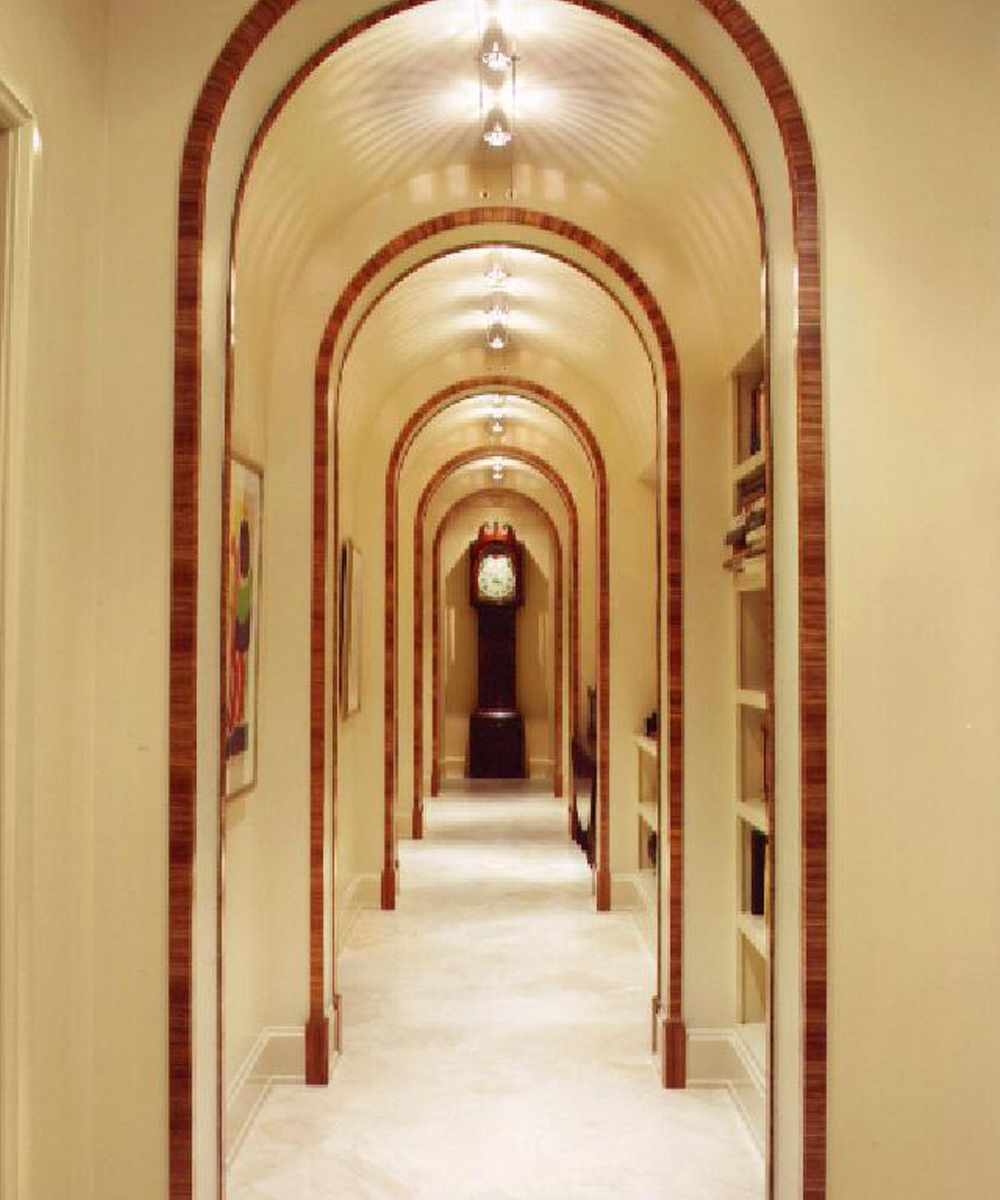 Each of the previous examples has endless possibilities as well as the opportunity to be combined with the others in various capacities as some of the images depicted. While there are tons of options within those above, this is not an exhaustive list as there are also examples of barrel vaults, glass ceilings, and more that can add their own flare to a space.